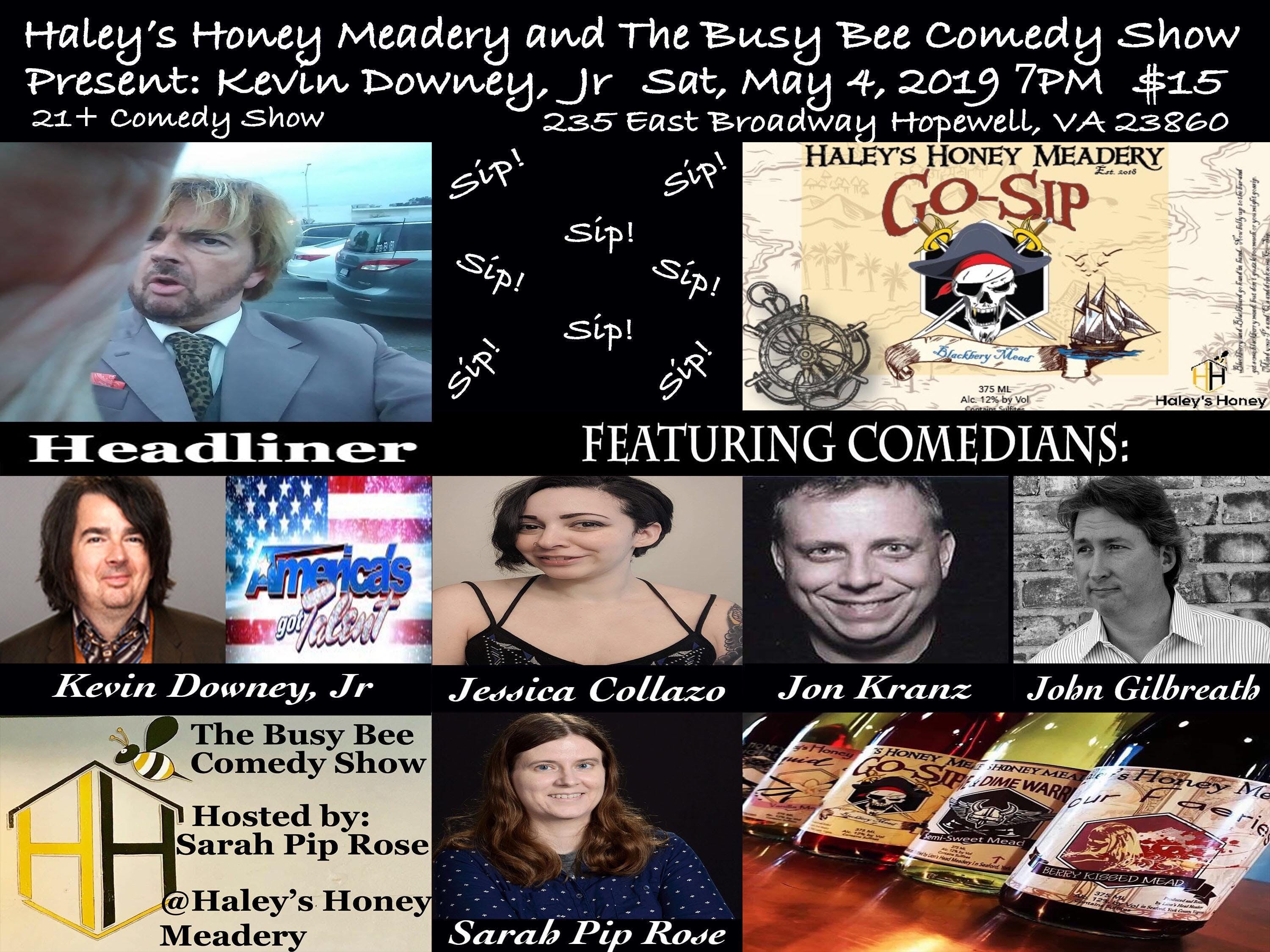 Haley’s Honey Meadery is Co-hosting with Sarah Pip Rose Busy Bee Comedy Show with 5 outstanding Comedians. Tickets are required for this show.  Don’t miss this once in a life time adventure.

Kevin Downey Jr. was a stand-up comedian in Season 8 of America’s Got Talent. He was eliminated in the Quarterfinals.

Comedian, columnist Kevin Downey, Jr. has been recently labeled “refreshingly bizarre” by fellow comedian Joe Mulligan. Kevin headlined small rooms all over the U.S. and enjoyed a cult following until his frequent and on-going bookings at the Tropicana Hotel and Casino’s “Comedy Stop” in Las Vegas and Atlantic City, brought him to a new level of notoriety. Kevin now works “A” clubs everywhere, and to larger and larger audiences.

Kevin Downey Jr. grew up in Detroit, Michigan. He made his TV debut at age six on CKLW’s “The Bozo Show” where he won a hockey stick, a 12-pack of Orange Crush and some Tootsie Rolls playing, The Bug Game. Kevin eventually moved to New York City looking for fame and fortune. He instantly landed a part at Macy’s Santaland as an elf. Kevin was decimated to learn all elves were fired after the Christmas Eve shift. Shortly thereafter, Kevin went to his first comedy show at New York’s “Comic Strip Live” and realized his calling; however, it would be three years until he had the courage to get on stage himself.