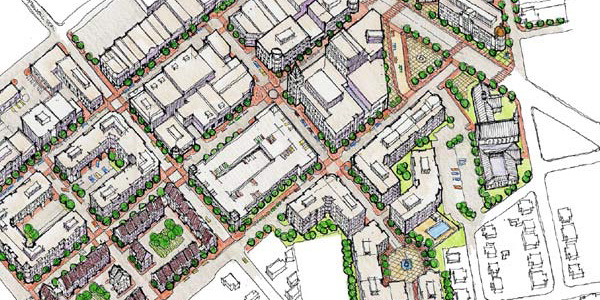 The comprehensive plan includes an in depth analysis and recommendations for key sectors including retail, housing, transportation, office, and the capacity for future development.

The plan, conducted by Davis, Carter, Scot, and Hyett-Palma of Mclean Virginia, calls for the separation of Downtown into four distinct districts: Arts & Entertainment, Office & Institutional, Waterfront, and Future Development.

Concept renderings of the new downtown were drawn and included the implementation of catalyst projects such as the construction of a new library, restoration of the Beacon Theater, streetscape improvements, adaptive re-use of the Butterworth building, redevelopment of the Cornez Manor and Conway Apartments, and the establishment of a Downtown committee to oversee implementation.

The draft concept plan and vision can be found on the city website.

Find awesome listings near you!